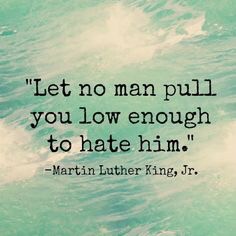 I may have shattered your huge ego into a million pieces when I broke up with you but I had to do what was best for me and that was clearly not you. For some reason, you just can’t leave me alone. I thought the act of me breaking up with you would have indicated that I wanted to go my separate way but your actions still influence my views on life. Why? Because every time I think you’ve moved on, I am reminded of just how hard you try to ruin my life. I hate everything you’ve done to me and to this day, I don’t understand why you try so hard to hurt me. You’ve had multiple girlfriends since I broke up with you but yet you still take every opportunity to take a shot at me.
I try to see the silver lining in all of this. I remind myself that I no longer have to put up with your self-centered vent sessions about how you’re a victim of other people’s jealousy. I no longer have to deal with your constant need for attention from me and every other woman that you find remotely attractive or financially fit. But that just doesn’t seem like enough silver lining for all of the negativity that you still put back into my life every chance you get. I wish I could say that you can no longer hurt me but every few months you do something hateful to remind me that you can. I’m not sure what I’ve done to you that would require you to remain so fixated on me. You were so good at reminding me of just how unimportant and stupid you thought I was so I have no idea why you won’t just forget I exist.
At first when I found out that you were involved in targeting me on social media and instrumental in the cyber mob attack that I endured, I was shocked, hurt, and scared of you. I thought that our toxic relationship had to come to an end, and I’d never hear from you again. I had no idea just how far you would go to hurt me. When I look back on our relationship from beginning to end, I feel sick. I even cried. Nothing could have prepared me to deal with just how low you would stoop to try and hurt me.
I’m not even sure what I did to you to earn so much of your hatred. I may have been the only person in your life who didn’t ask you for anything but honesty. Something you could never give without hiding behind a fake screen name. I will never understand where all that hate comes from. I defended you. I supported you and I loved you until you made it impossible to do so anymore. And when I couldn’t, I left. I don’t know why that makes me such a terrible person in your eyes.
Most likely I will never understand you or your reasons for the cruelty and hate towards me but I no longer care what they are. I just wish they’d stop. I know life is a big stage for you but I don’t really care much for the stage. I care about real. After you, I’m not sure what that is anymore.

Without your strong desire to hurt me, I probably would have continued to trust several people whom I believed to be friends. I guess the possibility of riding your coat tails was too big of an opportunity for them to pass up. I’m confident that one day you will become painfully aware of just how incredibly manipulated you are. I truly thought that you were far more intelligent than that but your intelligence is irrelevant at this point.
Even though you take every chance you get to remind me anonymously that I’m not wealthy enough, pretty enough, young enough or smart enough, there is obviously some reason why you feel the need to continue to belittle me. If you intended to deeply hurt me, then you succeeded. It took an entire group of you to badger, stalk, harass, threaten, and backstab me to make me realize that I was surrounded by selfish cowards who would never have been happy for me no matter what. Your hate for me was so strong that you went against your own character by uniting with the very people that you hated just to hurt me. That’s when I knew that I was so much better off without any of you. How does it feel to know that you’ve done everything in your power to destroy me? How does it feel to know that the whole group of you together couldn’t break me?
I have to laugh at the kind of power you so easily give to me. According to you, I’m a stalker, a hacker, a bully and the list is endless. Every time I turn around I have someone telling me the newest accusation that you are throwing at me. I’d be flattered if that’s the image I was going for.

I know you still creep on my life every single chance you get. It must be hard to look in my direction and not feel guilt over the horrible things you’ve done to me. Whether or not you are a true narcissist, you know that what you put out into the universe and to others will come back to you. No matter what you think about me, I want you to know that I used to care, but I don’t anymore.
I want you to know that regardless of whether or not any of your relationships flourish or cease to exist, I hope that you never experience the hurt or mental and emotional strain that you have caused me. You’re everything I never want to be. You’re selfish, careless, and have no respect for other people’s lives or struggles. You behave like a petty little spoiled brat and you’re not going to have everything you’ll ever want. This world is a cruel place because of selfish cowards like you.
Obviously, you are incredibly hurt and you choose to hurt me in return. We don’t talk anymore and I don’t keep up with you on social media. Occasionally I get badgered by your fans with some unfounded accusation that you decided to throw out against me when you convince yourself that I’ve done something to wrong you in some way. Your arrogance and ignorance are fueled by the manipulation of people in your inner circle who use your anger toward me as a means to benefit themselves. A friendship founded on common dislike for me is never going to be deeper than the shallow end of the ocean and just as ever changing. No wonder you’re miserable. I was too when I was surrounded by the same negative people pretending to be my friends.
I haven’t contacted you at all but yet you keep going out of your way to try to ruin me, my family, my opportunities, and my reputation. How could someone who claimed to love me so much do everything in their power to hurt me? Do you even know what love is? It’s highly unlikely that you do. Perhaps that’s why you jump from one relationship to another trying to numb that pain and emptiness that you feel inside as a result of surrounding yourself with selfish people who have no regard for you unless you can do something for them. Initially I was disappointed in you but now I understand. You were hurt, you feel used, maybe you’re even embarrassed because leaving you seems to be so easy for everyone. Is that why you insist on accusing me of stalking you despite the fact that I broke up with YOU? I can only guess.
The truth is, I caught you in too many dishonest situations. I always seemed to be the one making an effort and I wasn’t happy with you. I was the only one going the distance to make it work and you didn’t give me any reason to leave a good life to come share a lonely, unappreciated life with you. You were constantly creating bad situations and disappearing when they got worse. Do you really expect anyone to deal with that when they get absolutely no support or care in return? Loving you is lonely and not worth the emotional trauma.
I’ve been trying to pick up the shattered pieces of devastation that you so adamantly continue to create with your constant paranoia and attacks. Just because I chose to move on and stopped communicating with you, doesn’t give you the right to tear down everything that I’ve re-built. I hope that you find someone who values you and loves you for the way that you are. I know how much you wanted things to work out and how important that you believe yourself to be to me, but I’ve moved on and you should too.
Stop trying to ruin my life and ruin any goodness that I ever saw in you. This was never about winning or competing, at least not for me. If believing that you “won” some type of self created battle will allow you to stop, then you won. You managed to emphasize every flaw I ever had. You knocked me down then kicked me just to make sure that I stayed there. For a while, things were really bad for me but only one thing provided comfort and that was the thought that I could never be worse off than you. I can’t imagine what sort of place you must have been in to justify the things that you did to me. Perhaps that’s why you and your mob don’t sleep at night. Do you feel like a powerful man now? Does it make you feel good that you inflicted pain and suffering on someone else who was just trying to live life? Does your mob of back stabbing, hate-filled, cowards give you some sort of false sense of security? Surely you’re not that foolish.
I’m going to keep moving forward and you should to. The best that I can hope for out of my experience with you has already happened. You shined a bright light on all of the rats with knives surrounding me. Unfortunately for you, they all jumped on your train.
One day you will see things as they are and not how you needed to see them in order to justify your behavior. I’ve already forgiven you because forgiveness makes my life better. You’ve already proven that you’re not capable of apologizing or doing the right thing and I suck at being a victim. You’re far more miserable than I ever imagined and I really hate that for you but you’re the only one who can change that. There isn’t anything more that you can do to me and there’s a great deal of peace and reassurance in knowing that.

“You can either be a victim of the world or an adventurer in search of treasure. It all depends on how you view your life.”~ Paulo Coelho

“You cannot continue to victimize someone else just because you yourself were a victim once—there has to be a limit” ~Edward W. Said